Blair Brennan, a senior artist from Edmonton, Alberta, is a master storyteller for whom drawing has played a pivotal role throughout his multidisciplinary career. He has been telling stories totally unfettered by trends in art or its theories du jour. He does not proffer solutions either, but for the curious viewer of his work there is always plenty to make one think and then rethink.

Brennan is the ultimate creator and collector of images—he draws daily and picks up found images at every turn. He also regularly “reviews” his images. In other words, he makes associations between things in his conscious or unconscious mind at the time, and in the process makes new connections/creates stories by either writing on the images or writing texts that might or might not have a connection with the images.

Going back to his texts and images and rearranging everything is an ongoing process. He refers to it as “self-curating.” His drawing does not follow a school, and the images are messy. The texts make references to pop culture, comics, and favourite writers, such as William Burroughs, and theorists, such as Guy Debord. Debord’s “détournement/culture jamming” is a practice, a “sort of plagiarism where both the source and the meaning of the original work [are] subverted to create a new work.” This practice is the foundation for “Uses for King Kong.”

“Uses for King Kong” is a classic Blair Brennan story presented as a set of faux press-check sheets ready to be printed into an imaginary book. It’s an example of culture jamming that will make the viewers cross disciplines and reexamine ways of art making and seeing. Brennan brings together a painter from late-nineteenth-century England and references to Hollywood’s classic 1933 movie King Kong, popular North American comics, and his own drawings and texts. The imaginary book is not about the largest of the monkeys but about the thousand run-of-the mill ones that end up as bushmeat—dinner that most likely carries the deadly Ebola virus. And as is always the case in Brennan’s work, improvisational takes on masculinity, either buried or in plain sight.

“Once upon a time there was a small island, on the Ionian Sea, called Pontikonissi . . .” The rest of the story will unfold on the windows of the Artist on the Window Programme, National and Kapodistrian University of Athens, Aiolou Street 46, Athens, Greece, from December 10, 2018, to February 24, 2019.

Nota bene: Brennan was creatively assisted in the production of “Uses for King Kong” by Sergio Serrano, who did the principle design of the imaginary book, and Cindy Couldwell, who did the specialized text layout of the work’s détournement section. 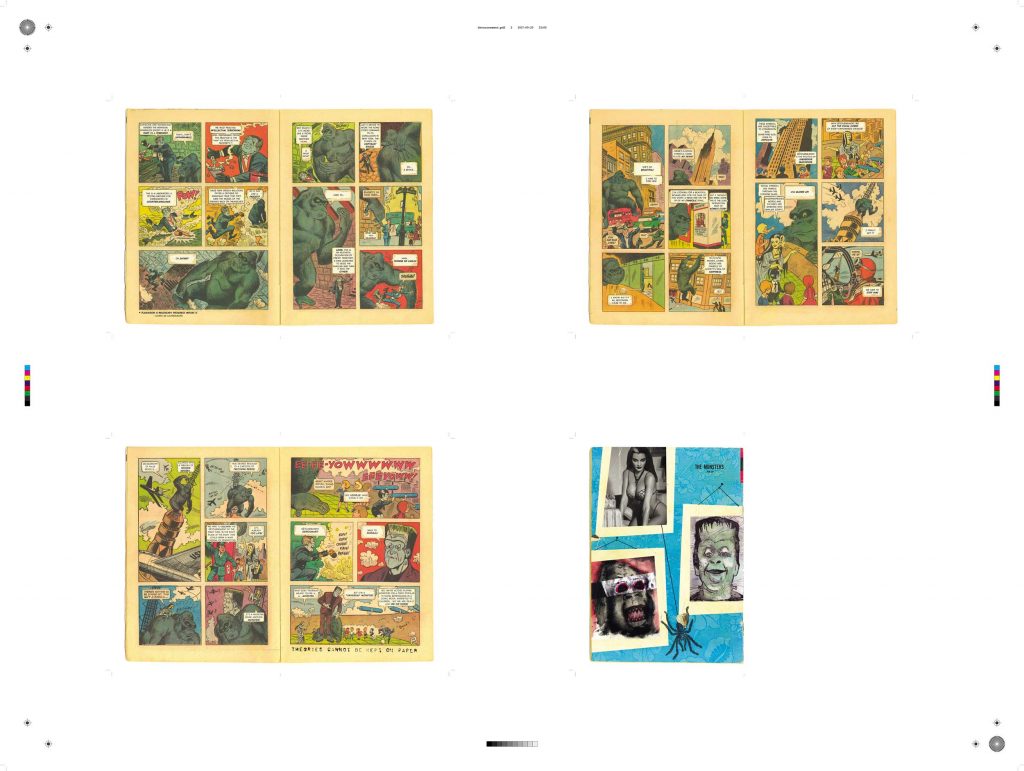